Mischief Bay is a coastal town in Los Angeles County, California. It's quirky and beachy, with plenty of tourists and lots of plastic surgery. Bungalows built in the 1920s coexist happily with gaudy McMansions.

A wooden boardwalk stretches from one end of the bay to the other, with a fun and funky pier known as Pacific Ocean Park, or the POP. The original "POP" was built in Santa Monica in the fifties and torn down in the seventies. Mischief Makers, as the town denizens refer to themselves, organized a task force to give the POP new life in Mischief Bay. In the early nineties, they raised enough money to bring a 100-year-old carousel from the East Coast and restore it. Today, the POP is a lively, family-friendly place with lots of restaurants, food booths, and off beat shops. 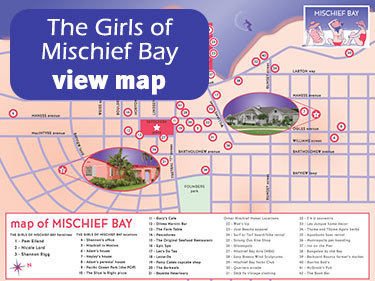 Mark Twain visited the town in 1903 and reportedly said, "If a man can't find mischief here, he has no right to call himself a man."

In the early days, police transported drunks to jail with a wheelbarrow. In 2006, thirty wheelbarrows decorated by local artists were placed in various locations around town, where they remain on display today.

The POP is approximately 600 feet long and 25 feet wide.

The Mischief Bay Post Office is a world-renowned example of art deco architecture. It was built in 1937 through the federal Works Project Administration.

The second largest Gingkgo biloba tree in California is in Founders Park in Mischief Bay, according to California's Registry of Big Trees. Old Steadfast measures 79 feet tall and has a trunk that measures 175 inches in girth.

How Mischief Bay Got Its Name

In July of 1875, a well-advertised auction took place, selling the first lots in the planned city of Santa Monica. Two young men—Samuel Lindsey and Hiram Ogles—managed to divert some of the traffic heading toward Santa Monica Bay to an unnamed bay a little to the south. The people who unwittingly bought lots on the wrong bay were nevertheless the legal owners of land where no town had previously been planned. By the end of that year, they filed a site plot with the county recorder for a town named Mischief Bay.

They must have gotten over their ire at the young men who had used trickery and misdirection against them, for Mr. Ogles was the first mayor and Mr. Lindsey served as the town's sheriff from 1876-1880.

The town's original roads are named after its fifteen founding citizens. Most locals today think the "T" in T Street stands for Trouble, but it is actually named after LaFayette Treybal, who owned the vaudeville theater, Treybal's Music Hall, until it closed in 1910. 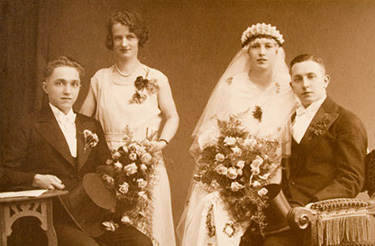 The first wedding took place in Mischief Bay on April 23, 1876, after the original Mischief Makers, Hiram Ogles (left) and Samuel Lindsey (right), had earned enough money from their land auction to marry the women they loved. 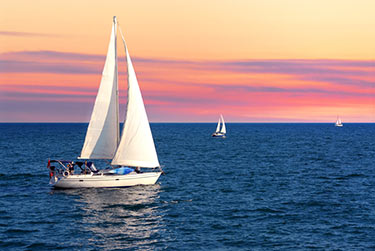